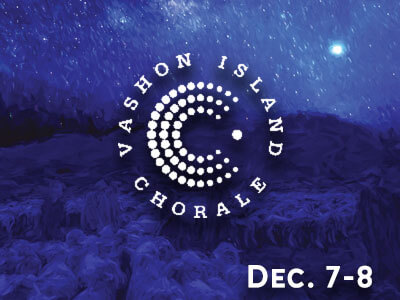 The Vashon Island Chorale welcomes Christmas with a seasonal array of musical delight. Favorite carols like I saw three ships, Once in royal David’s city, and O come, all ye faithful appear, but dressed up as you’ve probably never heard them before. Some are sure to become new favorites as well, like John Rutter’s Caribbean Jesus Child and the Nigerian song Betelehemu. We also bring to the Island music by four Seattle-area composers: Greg Bartholomew, Joy DeCoursey-Porter, Andrew Jacobson, and the late Bern Herbolsheimer. And we’ll be joined by the Vashon Youth Chorus, pianist Linda Lee, violinist Dan Brandt, oboist Çravixtha Acheson, and African percussionist Gordy Ryan. It is a night of introspection and whimsy, nostalgia and joy, with something for everyone. 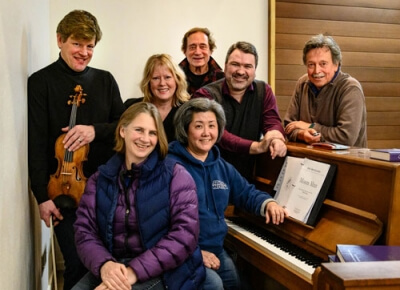 Dr. Gary D. Cannon is one of Seattle’s most versatile choral personalities, active as conductor, singer, and musicologist. Since 2008 he is Artistic Director of the 90-voice Vashon Island Chorale and of the Cascadian Chorale, a prominent chamber choir in Seattle’s Eastside suburbs. In 2016 he founded a versatile professional choir, the Emerald Ensemble. At the invitation of the Early Music Guild, he founded and directed a Renaissance choir, Sine Nomine (2008–15). He has conducted for Vashon Opera three times, and has also directed Anna’s Bay Chamber Choir, Choral Arts Northwest, Earth Day Singers, Kirkland Choral Society, and the Northwest Mahler Festival.

As a tenor soloist, he has appeared with Pacific Northwest Ballet as well as several regional orchestras and choirs. He provides pre-concert lectures for Seattle Symphony and writes program notes for choirs across the country. Cannon is formerly an instructor at Whatcom Community College (2004–6), where he received the Faculty Excellence Award. His independent musicological research emphasizes early-twentieth-century British music. A California native, Dr. Cannon holds degrees from the University of California at Davis and the University of Washington.

The Vashon Youth Chorus under the direction of Erynne Smith will perform with the Chorale.