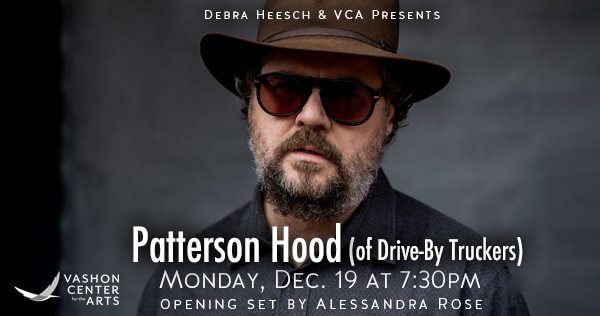 Debra Heesch and VCA are thrilled to welcome Patterson Hood back to Kay White Hall. Patterson Hood is a prolific writer and performer whose character-driven stories are packed with political subtext. He is best known as front-man, singer, songwriter and guitar player for the critically acclaimed rock and roll band Drive-By Truckers, but is also a writer of essays, columns and short stories as well as a solo performer and producer.

“Patterson Hood Is able to dig through the blood and guts of songs, pulling levity and life out of some of the darker corners. His unapologetic celebration of his southern roots also opened a lot of doors for smart, creative music that followed his band, the Drive-by Truckers, lead. It’s a real honor to have him playing  on Vashon!” – Ian Moore