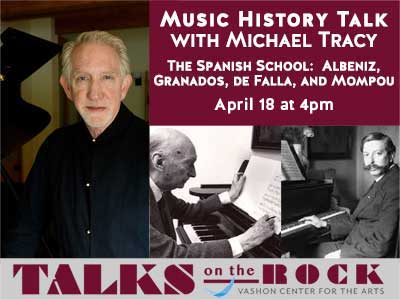 Towards the end of the 19th century and into the early 20th century Spanish artists, architects, writers and musicians dazzled the world with their unique Iberian culture. Spain’s growing industrial economy, along with a more progressive political environment, helped give rise to a new wave in Spanish culture. From Picasso and others in painting, to Gaudi’s Stilo Modernisto architecture, to the Spanish orchestral suites, dances and rhythms of Albeniz, Granados and deFalla, Spanish culture joined the world stage of great national genres.

Your donation can help support this and future broadcasts.