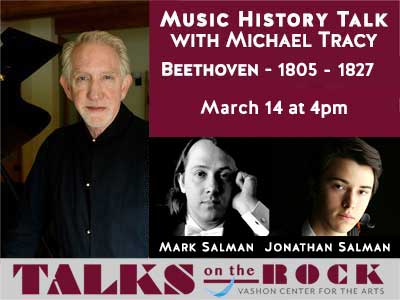 Beethoven Part II – 1805-1827. The final part of the Beethoven lecture series covers his middle and late years, during which he gave the world some of his most influential and loved classical music works: Nine symphonies including the most played opening bars of the 5th Symphony leading to the transcendent final 9th Symphony ending with full chorus; 16 string quartets culminating with the Grosse Fugue, the Missa Solemnis choral masterpiece, cello sonatas, violin sonatas, and still into his late years, 32 piano sonatas. While such an output in some 20 years is by itself phenomenal, it becomes even more impressive when we consider that Beethoven composed during these years almost totally deaf!

Michael Tracy presents an illustrated lecture on the life and culture of early 19th century Vienna: its repressive political environment, the economic plight of composers without copyright and the dire consequences of Beethoven’s poor health and dysfunctional family relationships. When Beethoven died in 1827 at age 57, his funeral cortege was the largest public gathering Vienna had ever witnessed. 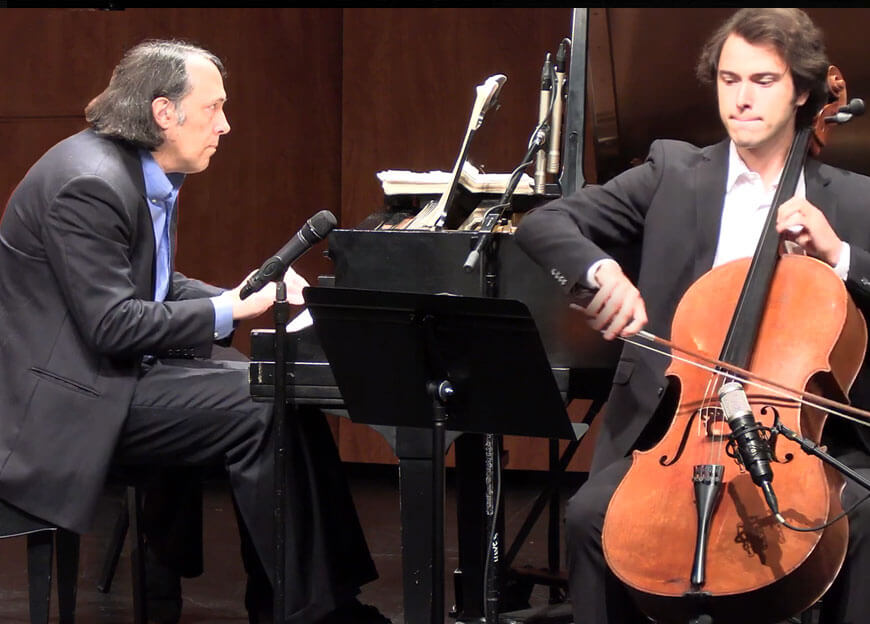 The lecture features live performances of some of Beethoven’s piano and cello sonatas by Mark Salman, pianist and his son Jonathan, cellist. Mark and Jonathan Salman are already well known to Vashon audiences though these lectures and their own family concerts, the last of which in August 2020 celebrated Beethoven’s 250th anniversary.

Your donation can help support this and future broadcasts.