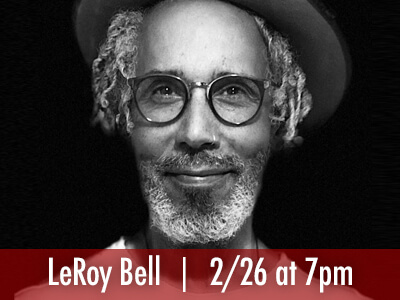 Acclaimed singer and songwriter and Vashon favorite, LeRoy Bell will perform a livestream at the Kay White Hall on February 26 at 7pm.

Bell is known as a dynamic performer in his own right, but along with long-time co-writing partner, Casey James, has also penned many hits recorded by the likes of Elton John, The Spinners, The O’Jays, The Temptations, Gladys Knight & the Pips, Teddy Pendergrass and many others. Bell and James released three albums: Bell and James (1978), Only Make Believe (1979) and In Black and White (1980), and had a number of singles, the most successful and well-known being “Livin’ It Up (Friday Night)” released on A&M Records. It reached #15 on the U.S. Hot 100. In 2011, Bell appeared on the American version of The X Factor, finishing 8th overall in competition.

LeRoy will be backed up by Terry Morgan on bass and Ben Smith on Percussion.

Suggested donations of $10 or more will support this and future broadcasts. Thank you for your support.