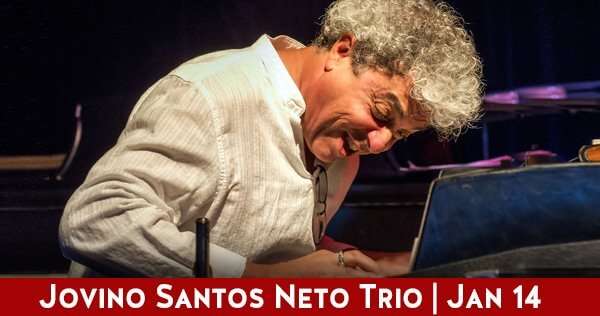 A master pianist, composer, arranger, flutist, and player of a multitude of other instruments including the melodica and the accordion, Jovino Santos Neto is one of the top Brazilian musicians working today. Currently based in Seattle, Washington, he has throughout his career been closely affiliated with the Brazilian master Hermeto Pascoal.  He was an integral part of Pascoal’s group from 1977-1992 when he fine-tuned his artistry and co-produced several legendary records.  His relationship with Hermeto continues as his mentor figures prominently in his recent recordings.  Jovino is a three-time Latin Grammy nominee (2004, 2006 and 2009). He has had his compositions performed by many ensembles, big bands and orchestras worldwide.