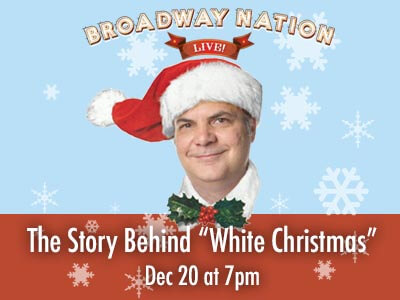 David Armstrong, Artistic Director Emeritus  of The 5th Avenue Theatre takes you inside the creation of the bestselling and most recorded song of all time as he tells the story of how a destitute, illiterate, Russian-Jewish immigrant named Irving Berlin became America’s Composer Laureate and invented an entirely new category of song. With special guest Albert Evans, and musical performances by 5th Avenue Theatre stars Cayman Ilika and Eric Ankrim singing holiday hits from the Great American Songbook including “Santa Clause Is Coming To Town”, “Have Yourself A Merry Little Christmas”, “I’ve Got My Love to Keep Me Warm”, “White Christmas” and many more!

This performance was originally recorded on December 6, 2019 at the Kay White Hall.