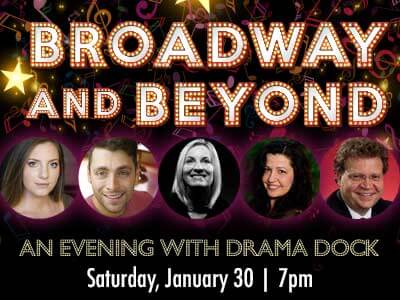 Vocal performances will inspire and warm the heart as Brandon and Elizabeth Hell step into the Drama Dock spotlight, singing a Sondheim duet (Into the Woods) and Lloyd-Webber (Phantom of the Opera), and a solo from the new musical Winghaven Park (Peretti), accompanied by pianists, Evan Stultz and Christopher Overstreet. Brandon and Elizabeth were most recently seen on the VCA stage in Vashon Opera’s La Traviata. A special solo from the Broadway smash, Annie, will be performed by Vashon’s own, Utisah Durahim, age 12.

Suggested donations of $15 will support Drama Dock’s mission to foster artistic excellence in our community and showcase new and emerging talent. Please join us as we journey together into Drama Dock’s 45th Year!