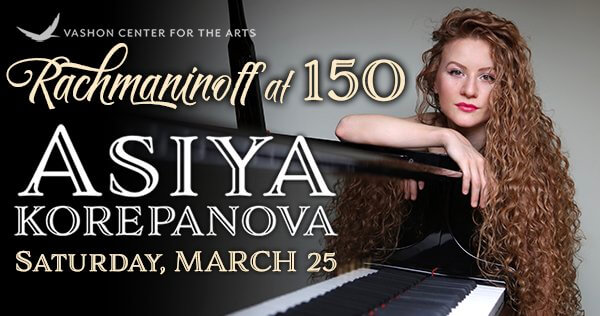 “Asiya Korepanova could caress as well as storm and she accomplished both… putting an exclamation point on a night of high-powered pianism.” – South Florida Classical Review

Ms. Korepanova is recognized not only for her achievements as a pianist, but also for her work as a  composer, visual artist, and poet, reflecting her uncompromising dedication to the arts.

Asiya was born in Izhevsk, Russia to a musical family. She began to learn piano when she was 4 years old from her mother Soreya, her first piano teacher. At the age 6, she was taught to read music in orchestral clefs by her father Sergey, an exemplary composer, and started composing her own music. At 9, she made her orchestral debut, playing Mozart’s Concerto No.8 with her own cadenza, and performed her first philharmonic recital.

The same year, she began studying composition with Albert Leman, the chair of Moscow Conservatory’s composition department and a student of Dmitry Shostakovich. She continued her study with him for 5 years until his passing in 1998 and that short period has influenced all aspects of her musical development and became a truly formative experience.

Throughout her early years in Russia, Ms. Korepanova received various awards for her prodigious abilities. These include the Russian Federation’s Presidential Award for Exceptional Achievement in the Arts, the National Award from the Republic of Udmurtia (2002), Germany’s Berliner Salon Award (2003), Russia’s Youth Triumph Award (2005), and the title of Honored Artist of Udmurtia (2009).

In 2012, Asiya moved to the United States at the invitation of renowned pianist, maestro Santiago Rodriguez, to earn her Doctoral degree under his guidance at the University of Miami. Later that year, she was awarded the Gold Medal at the Nena Wideman International Piano Competition––an achievement that proved invaluable in the establishment of her concertizing career in the U.S.

She has since continued to garner national attention with performances at the Stern Auditorium at Carnegie Hall, the Bargemusic Series, the Phillips Collection, the Dame Myra Hess Memorial Series, the International Miami Piano Festival, and many others. Ms. Korepanova has been featured on CNN, NPR stations, WFMT, and WETA.

In the 2022-2023 season, Asiya embarks on a monumental project in celebration of Rachmaninoff’s 150th anniversary of birth, performing his complete solo piano music in 6 recital programs. She also eagerly anticipates the premiere of her latest transcription––the Manfred Symphony by Peter Tchaikovsky, and the release of scores of her compositions: the Poéme for alto saxophone and piano, and Con Brio for two pianos, as well as transcriptions of works by Mussorgsky, Franck, Amy Beach, Faure, Berg, and Bach.

Asiya and her husband Dmitry reside in a forest-rich Boston suburb where she is unlimited in times and hours of the day when she can play or listen to music.

“Rachmaninoff at 150” is generously supported by: