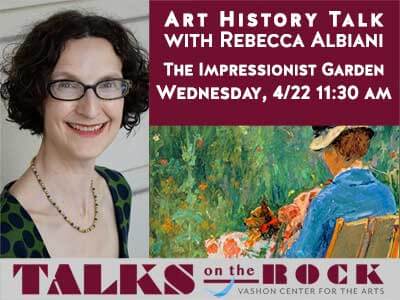 Gardens were an important motif of early Impressionist art, featuring prominently in the works of Monet, Renoir, Morisot and Cassatt. Several Impressionists were also passionate gardeners. Much later in his career, Monet would create a garden at his home in Giverny, which gave him the glorious waterlily theme of his final decades.

All Seating is unreserved general admission.