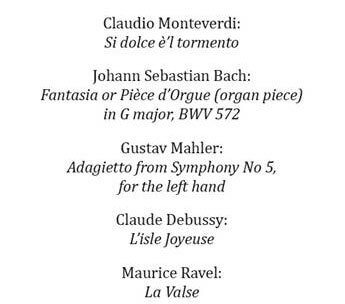 Award-winning Russian classical pianist Vyacheslav Gryaznov (called Slava by his friends) has thrilled audiences and performed to great acclaim throughout the U.S., Russia and Europe, including Carnegie Hall and the Berlin Philharmonie. Gryaznov studied at the Moscow State Conservatory for his undergraduate and postgraduate degrees and he earned the Yale School of Music’s Artist Diploma in 2018. He is on the teaching faculty of the Moscow Conservatory’s piano department.