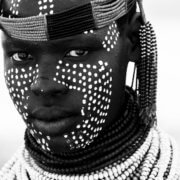 We’ve been counting down to the launch of the second annual Vashon Summer Arts Fest and by the time you read this, it will be here.

To me the brilliance and craziness of this project is how it all comes together. There’s no theme in the call. People propose what they have, what they love, what they want to show. Some are flexible when they can participate, some can show on certain weeks.

And then the universe nudges, the muse whispers, our intrepid team of Lynann Politte and Britt Freda turn things this way and that . . . and we begin.

The opening show, (recall we add art to the show every week), is truly a wonder. There is a kind of coherence and flow to the whole of it that is really remarkable given how it all comes together. 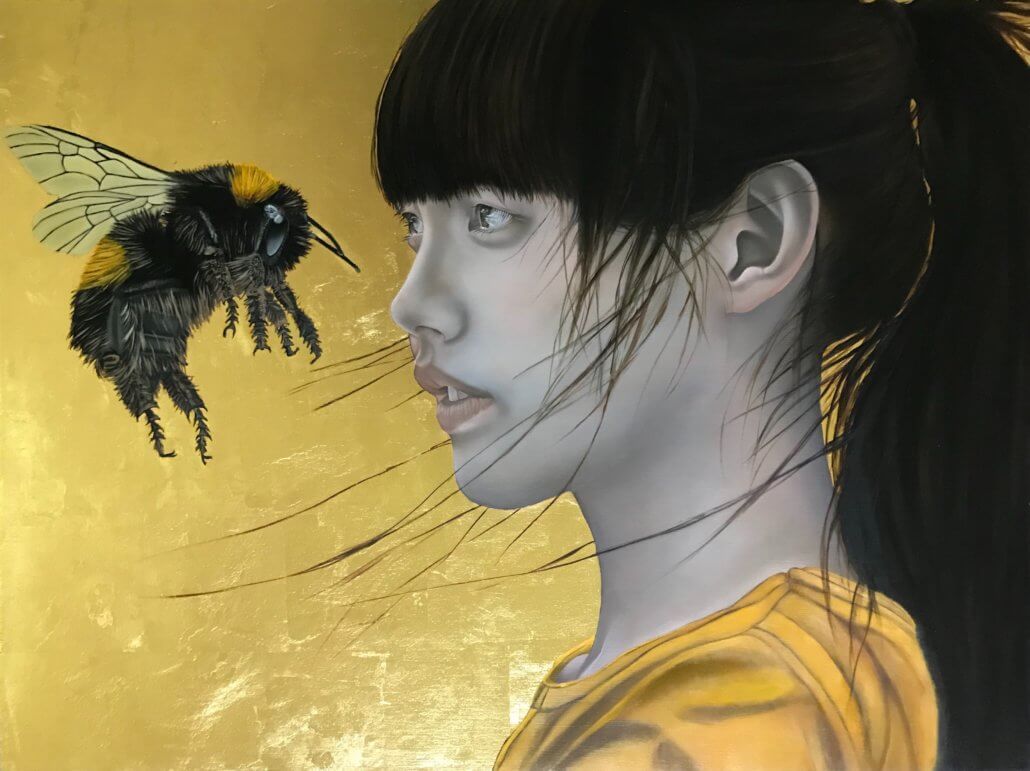 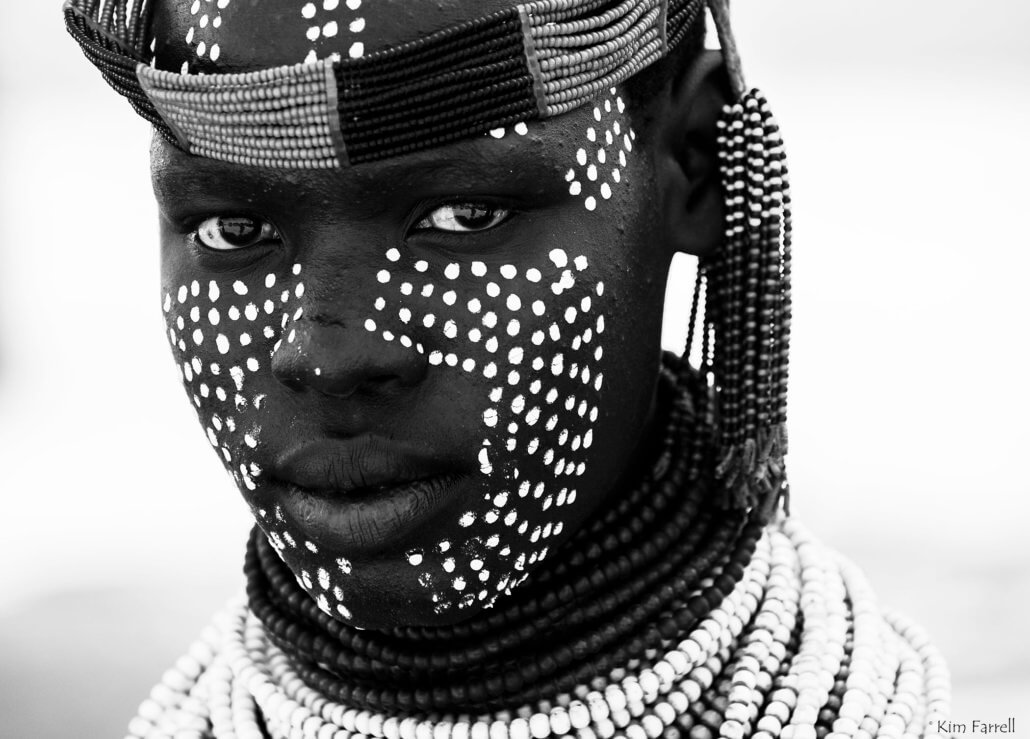 I am particularly struck by the rich visual conversation on the north wall of the Koch gallery between Robin Jones’ riveting portraits, Vladimir Luna’s elegant paintings and assemblages, and Kim Farrell’s breathtaking photography.  It’s the eyes. You’ll know what I mean when you get here.

Meanwhile, I can’t stop looking at Michelle Lassaline’s delightful pieces. They make me think of this song.  Come see why.

Staying with VSAF for just a bit longer, I had the chance to talk with artist Taylor Renno about her startling and lovely butterflies (or are they?).  Here it is, lightly edited. 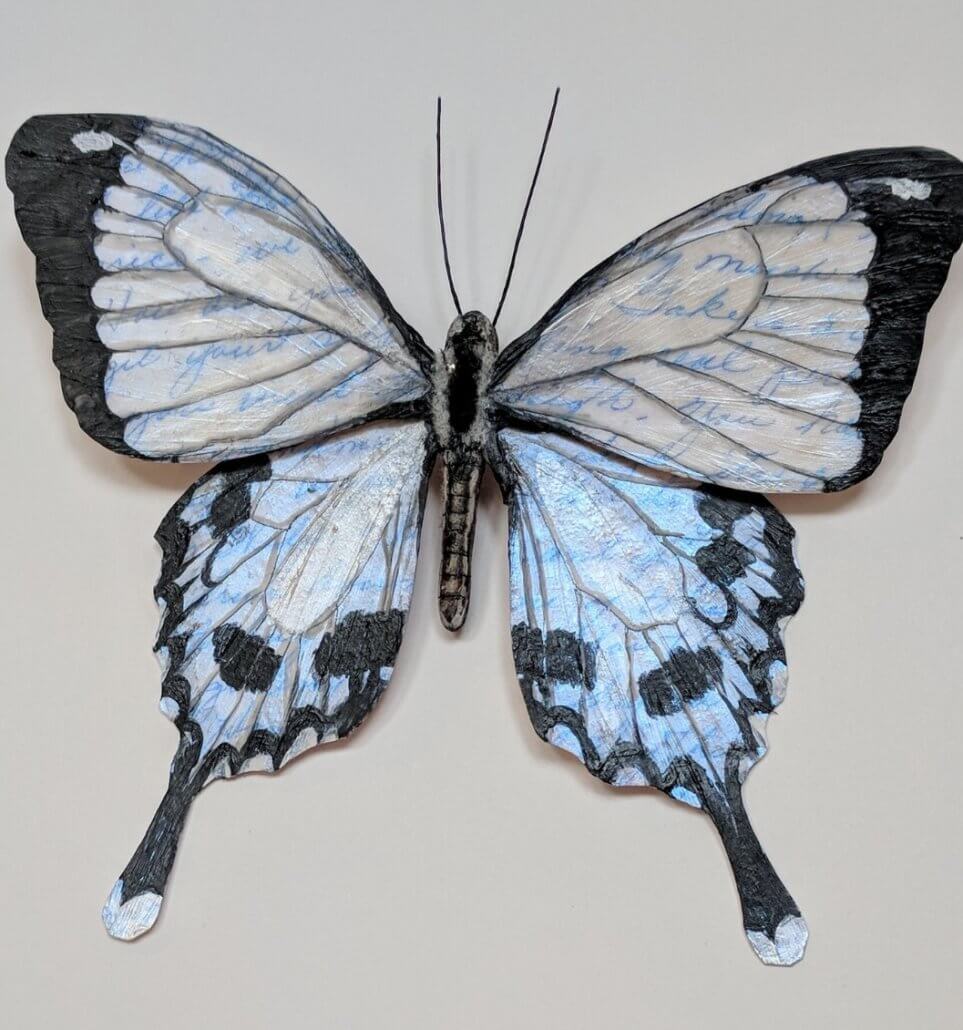 Me: Your exhibit is called “Preservation.” Say some things about it.

Taylor: “Preservation” is a collection of faux taxidermy of bugs and butterflies. It is about loss of memory, dementia and Alzheimer’s symptoms. All of the butterflies are made out of paper and clay.

Me: I wouldn’t have made that connection to loss of memory. Say more.

Taylor: Sure. I was thinking about how we try to hang onto our memories and think about them all the time so that we can really preserve and keep control of them. But really, memory is very fluid. The more that you access a memory, the less accurate the memory becomes.

So, I was thinking about how that’s like taking a living thing and preserving it when it’s dead as though it is still living. But you’re not really doing it the service that it had as a living being.

Me: Is there a personal connection to the topic?

Taylor:Yes, there is. My educational and career background is in cognitive psychology and also, personally I have a long line of dementia in my family. So that really inspires those two components together . . . really inspire it.

Me: Say some things about the craftsmanship . . .  a little bit about your process.

Taylor: Basically, I take pieces of paper and I sketch out a butterfly outline and I cut it out. I build a body out plastic or polyethylene clay. They’re kind of constructed with wires and glue, kind of a crafty sound to something that I feel turns out really classy.

Me: Are they accurate depictions or more fanciful?

Taylor:Most of them are accurate. I mean, obviously the size varies on a lot of them. But they’re all from photographs. They’re all modeled after real butterflies and moths.

Me: Is this the first kind of big artistic endeavor that you’ve done?

Taylor: No, I did art full time for a little while. But I found myself doing art that I knew would sell and not art that I wanted to do.

I think you’ll really like Taylor’s art. Now that you know the story, maybe even that much more. You can see more of Taylor’s work on Instagram.

There was a fabulous article in the Seattle Times about Seattle Dance Collective coming to VCA.  This quote says it all.

The two [Noelani Pantastico and James Yoichi Moore), both veterans of PNB — they have a combined 30 years with the company — joined forces, and planning began in earnest last October. The first step: the selection of a theater. Pantastico and Moore liked the idea of something on an island for a summer festival, and visited Vashon on a recommendation. Upon entering the 3-year-old Katherine L. White Hall at Vashon Center for the Arts, “our jaws were on the floor,” said Moore.” It seemed tailor-made for them: 300 seats, a sprung floor (preferred by dancers), and a staff eager to present more dance to the community.

“On the ferry back,” Pantastico said, “it was like, ‘I think we should do this.’”

And so they are.

Seats for one of the most significant dance performances on the West Coast this year can still be yours. Buy lots of tickets here. 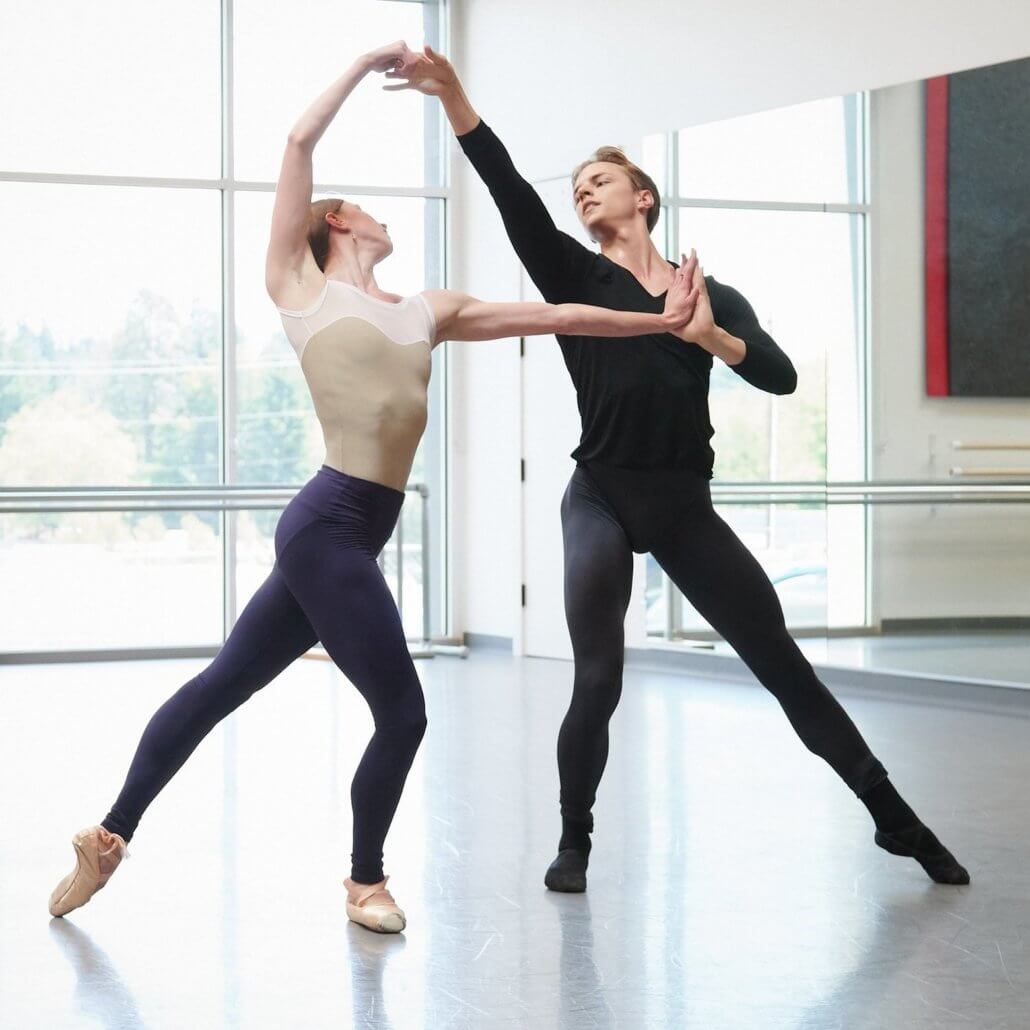 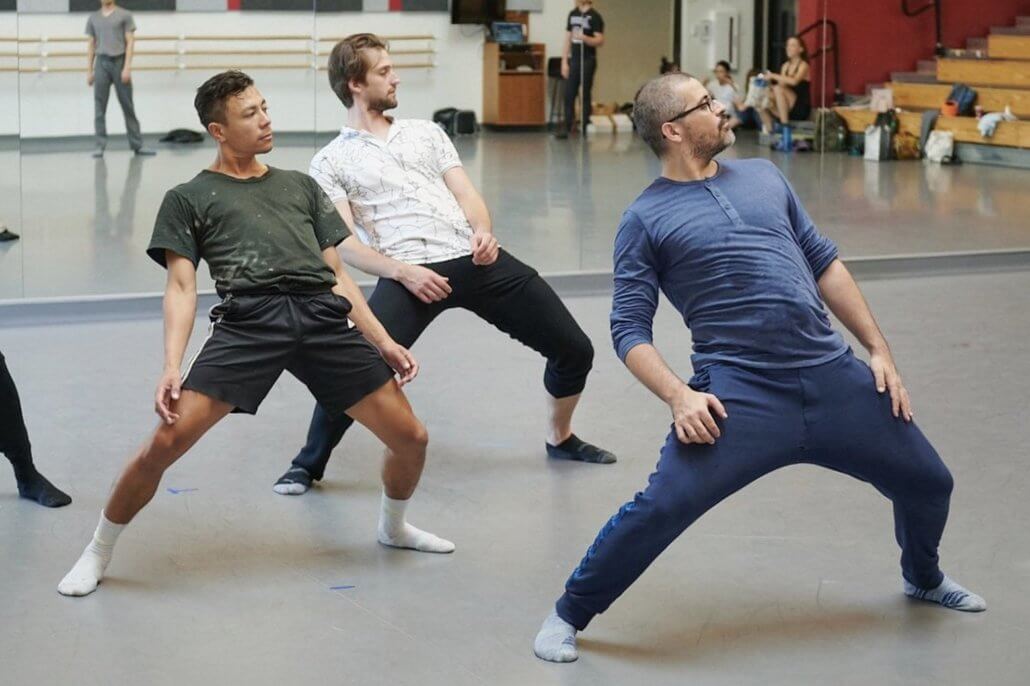 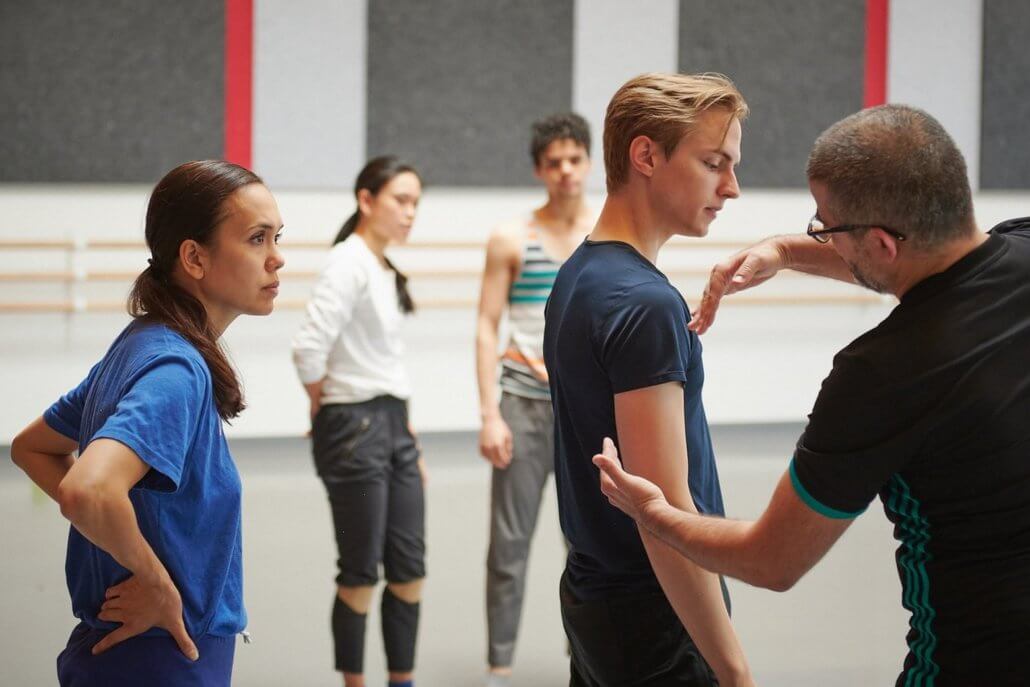 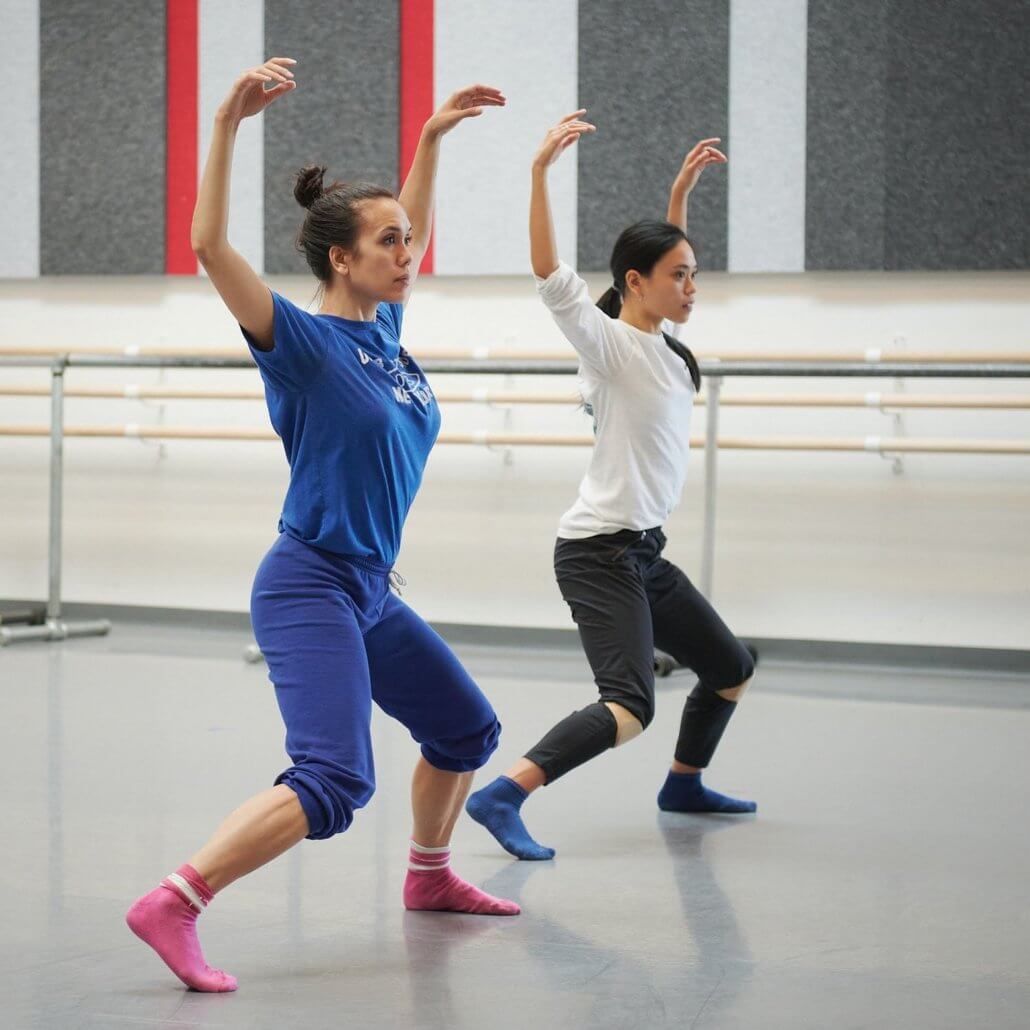 I live for these moments. Summer camp is in full swing and Victoria Clayton’s Art and Spanish Camp is the funnest place to be.  At least that’s what I think. 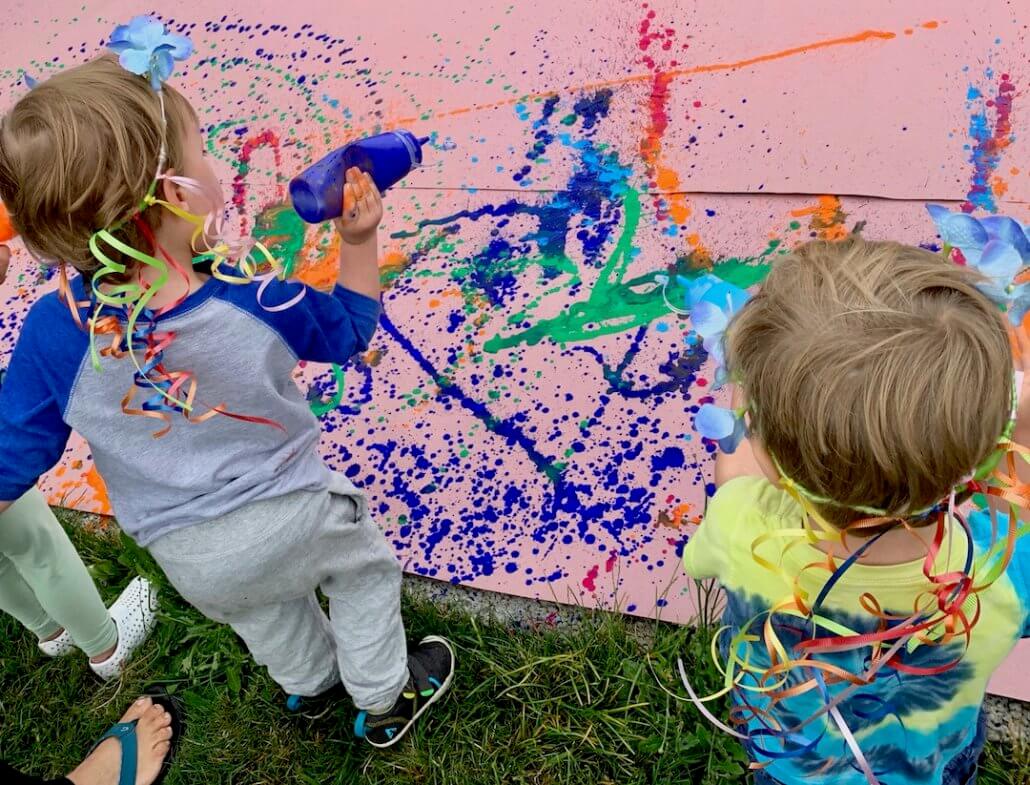 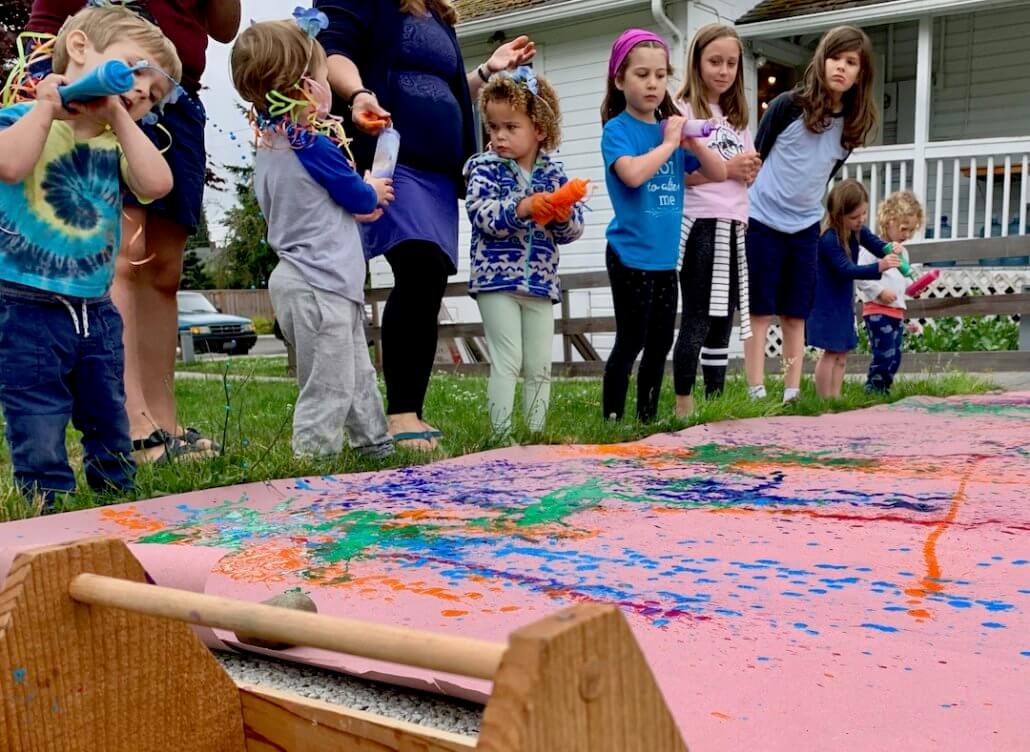 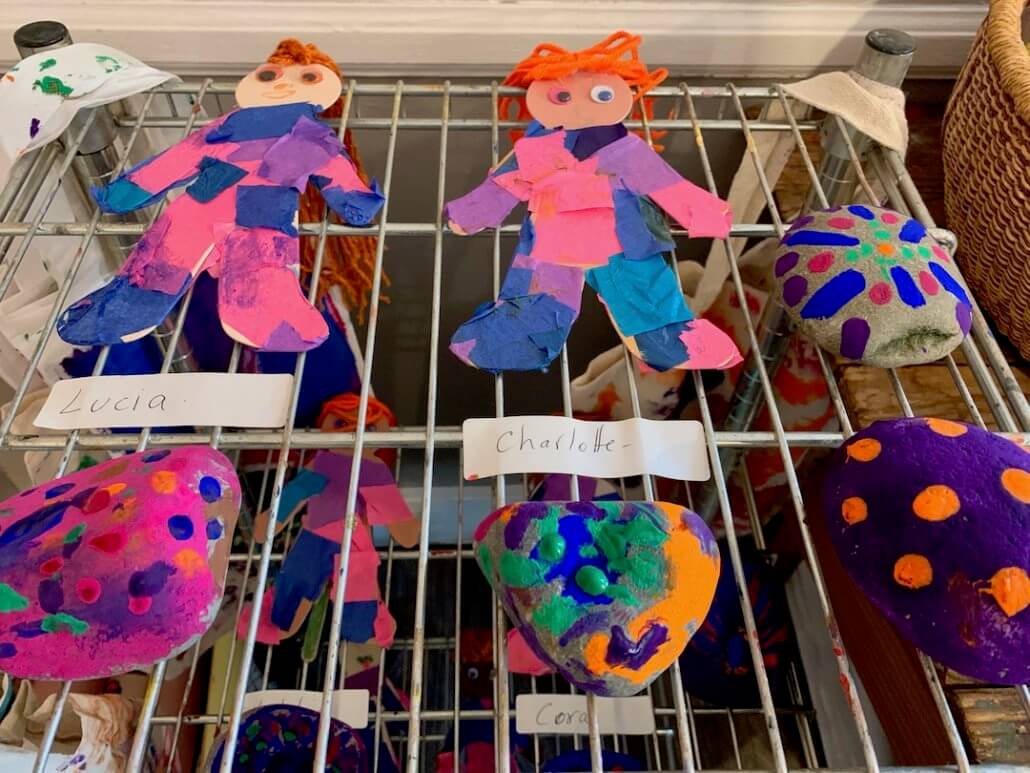 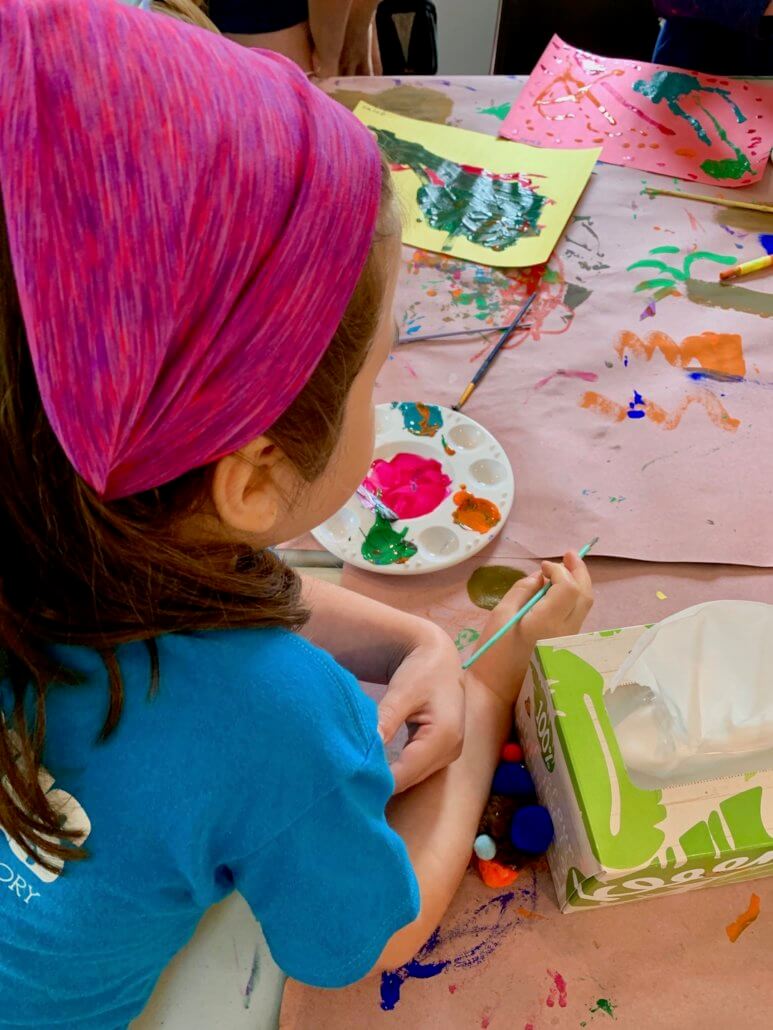 Find out more and enroll in cool classes here. 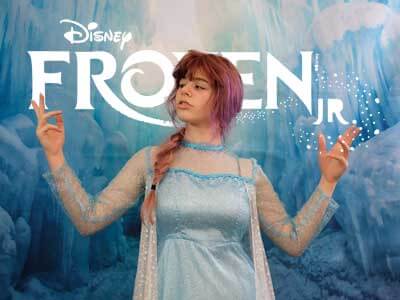 We haven’t talked much about this . . . our summer camp musical theater troupe is working on learning and staging Frozen Jr., a slimmed down version of the 2018 Broadway musical sensation of nearly the same name.

Set in the magical land of Arendelle, the story follows Anna, rugged mountain man Kristoff and his loyal reindeer Svenon a great adventure to find sister Elsa, whose icy powers have trapped the kingdom in eternal winter. There might even a snowman named Olaf and an elf or two.

What show is complete without a photo shoot? Exactly what I thought. So we rounded up cast members Gabriel Dawson, Zoey Wilson, Lucy Rogers and Phoebe Ray and staged one!

This show is full of magic, humor and plenty of action. Fun for the whole family! Buy lots of tickets here.

This is almost so obvious that I hesitated to go there. But it is the 4th of July (actually the 5th when you get this), and you know how I am about these things. So here goes, songs that practically anyone can listen to and enjoy on our nation’s birthday.

I wrote a long riff last fall on the Woodie Guthrie standard This Land is Your Land.  I still like the version Chicano Batman did for a Johnny Walker ad campaign best of all.

Simon and Garfunkel’s anthemic America is an easy member of this list. Art G’s voice on this still gives me the shivers.

My third choice is Bob Dylan’s Chimes of Freedom.  I like this cover from a live concert Bruce Springsteen did in 1988 in East Berlin (think about that for a minute).

Here are the lyrics if they’re not familiar to you.

We ducked inside the doorways, thunder went crashing

As majestic bells of bolts struck shadows in the sounds

Seemin’ to be the chimes of freedom flashing

Flashing for the warriors whose strength is not to fight

Flashing for the refugees on the unarmed road of flight

And for each and every underdog soldier in the night

Through the city’s melted furnace, unexpectedly we watched

With faces hidden as the walls were tightening

As the echo of the wedding bells before the blowin’ rain

Dissolved into the bells of the lightning

Tolling for the luckless, they abandoned and forsaked

Tolling for the outcast, burning constantly at stake

Through the mad mystic hammering of the wild ripping hail

The sky cracked its poems in naked wonder

Leavin’ only bells of lightning and it’s thunder

Striking for the guardians and protectors of the mind

And the poet and the painter far behind his rightful time

My fourth isn’t a song at all, it’s an excerpt from a speech President John F. Kennedy made at Independence Hall in Philadelphia, PA on July 4th, 1962. Bracing stuff, particularly in the present milieu.

If you listen, you’ll hear JFK comment on the then nascent European project (just 17 years on from VE day). From 1962 to the fall of the Berlin wall was 27 years. From then to now is 30 years, a near perfect bookend.

I’ll finish with James Brown’s Living in America.  Watch the video, make the connection, know why.