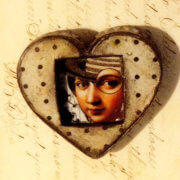 It started as half brainstorm and half “just have to do it now” idea. What would happen if we opened our galleries to all Vashon artists and hung a new show every week for an entire summer?  It seemed equal parts madness and brilliance. So, we did it.  Vashon Summer Arts Fest was born last year and was a success by every measure.

If you missed it, Vashon Summer Arts Fest is a juried festival open to any and all Vashon-based artists. Each artist is given a two-week show and a designated wall or floor space “mini-gallery” on which to display their art.

The 2019 edition will showcase and sell artwork by more than 100 Vashon Island visual artists in 40 solo and collaborative exhibits held in the Koch Gallery, the Fong-Wheeler atrium, and Mann Gift Shop.

For July 12th, Gordon Barnett will bring us a mélange of his famous bells.

Right alongside (actually in the adjacent room), The Vashon Clay Community group show will pedestal the work of 20 clay artists, from Masters level to newer potters. This was a wildly popular exhibit last year and promises to be even more fun in 2019.

Alisara Martin and Kris Pedrin will round out the show with solo exhibits.

The festival will kick off with an opening party on the first Friday of July (July 5th) at 6 p.m. Everyone is welcome and encouraged to attend.

2 – Noelani Pantastico is really going to dance for us

I’ve been banging on these past few issues about Seattle Dance Collective. They’re coming to VCA the week of July 8th and performing July 12 – 14.  You know this, right? Right? 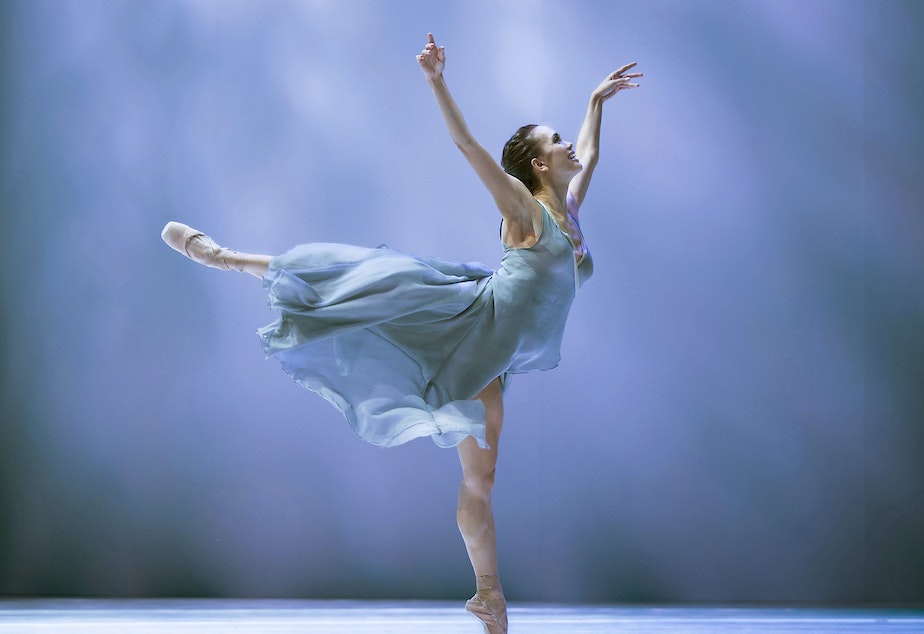 If you’re not fully marinated in the intricacies of Ballet in the 21st century, you’ll be excused for not knowing that Noelani Pantastico, the co-founder of SDC (along with James Yoichi Moore), is as close to a living ballet legend as exists in the US today (at least I think so). No kidding, she is that good, that important, that fabulous, and the person who will be on our stage in July.

She is also at a point in her career when she has seen most of her contemporary prima dancers retire. A new crop rises, as it always has and always will, but in this brief fold in time, Noe occupies the rare air at the top of the ballet pyramid with few equals.

I feel like I can’t emphasize enough the opportunity we all have, even those who don’t think they like ballet, to see a true superstar do what she does best.

You can read a really nice article about her here.

Check out this fabulous video here.

Buy your tickets here.  You just don’t know how things go. This might be the last chance you ever get to see her dance.

It seems like every time we go out of session at the Blue Heron Education Center, we take on another home improvement project. As has been the case recently, the most recent undertaking started with a relatively benign statement/request by our beloved Dance Director, Miss Vadne White.

If you’ve ever been in our upstairs dance studio, you know it to be a classic atelier . . . high ceilinged, hot in the summer, and boomy as all get out. The combination of all those hard surfaces, especially the mirrored walls, make it a tricky space in which to teach.  Music sounds like its being played through a giant sock. You have to listen carefully to get whether Ms. Vadne  just said, “Point your toes” or “I have a dog who likes bones.” Both are things she might say, but the effect is quite different.

So, a few weeks back Martin Feveyear and I were wandering about the place and Miss Vadne mentioned something about the sound quality in the studio. Martin, being the god of sound that he is, immediately sussed out that the problem was best addressed first through sound absorption, and only thereafter through better speakers.

Phone calls ensued and a friend of Martin’s dropped off a truck load of really trick sound absorptions tiles (at a very, very good price) which I, Martin, good VCA friend Chris O’Brien, Eddy Radar, Miss Vadne, and young Gabe Dawson have hung on the ceiling.

The effect is startling.  The boom is gone. It’s almost like the sound of one hand clapping, or maybe two hands but only half a clap.  Or something like that. 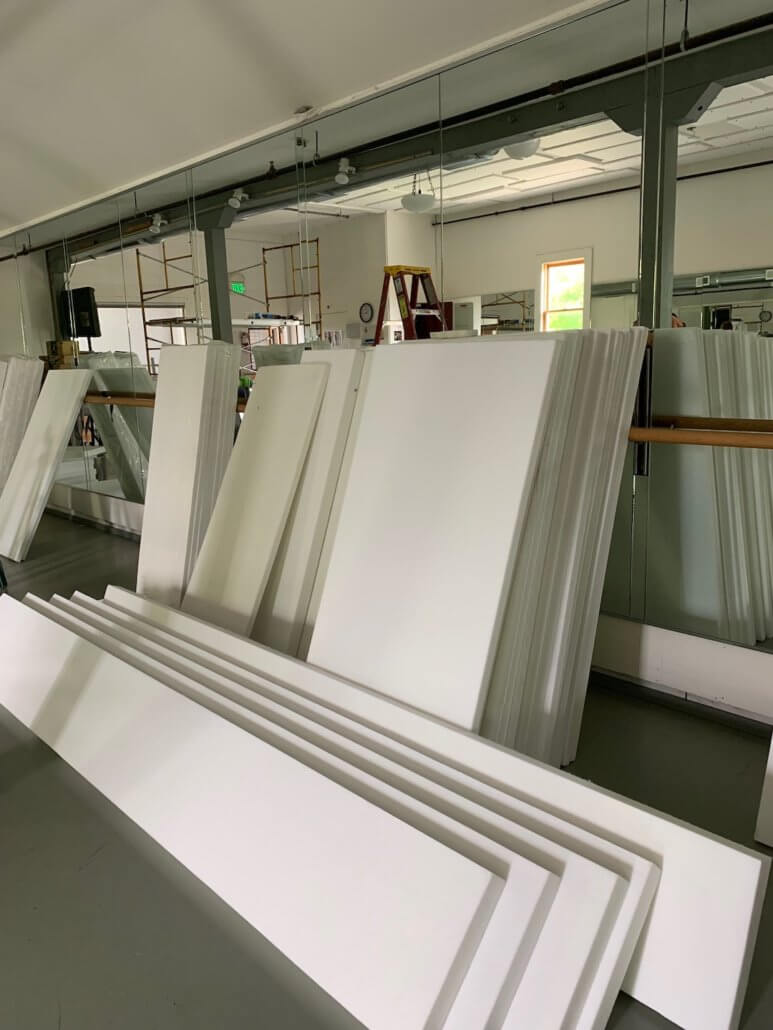 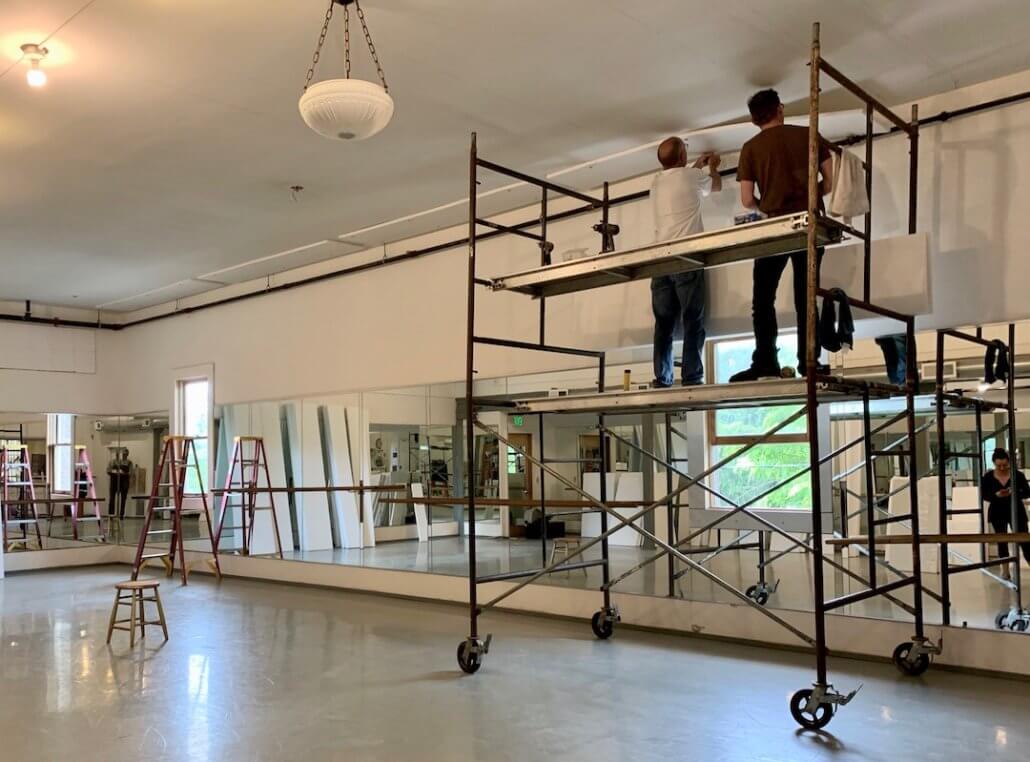 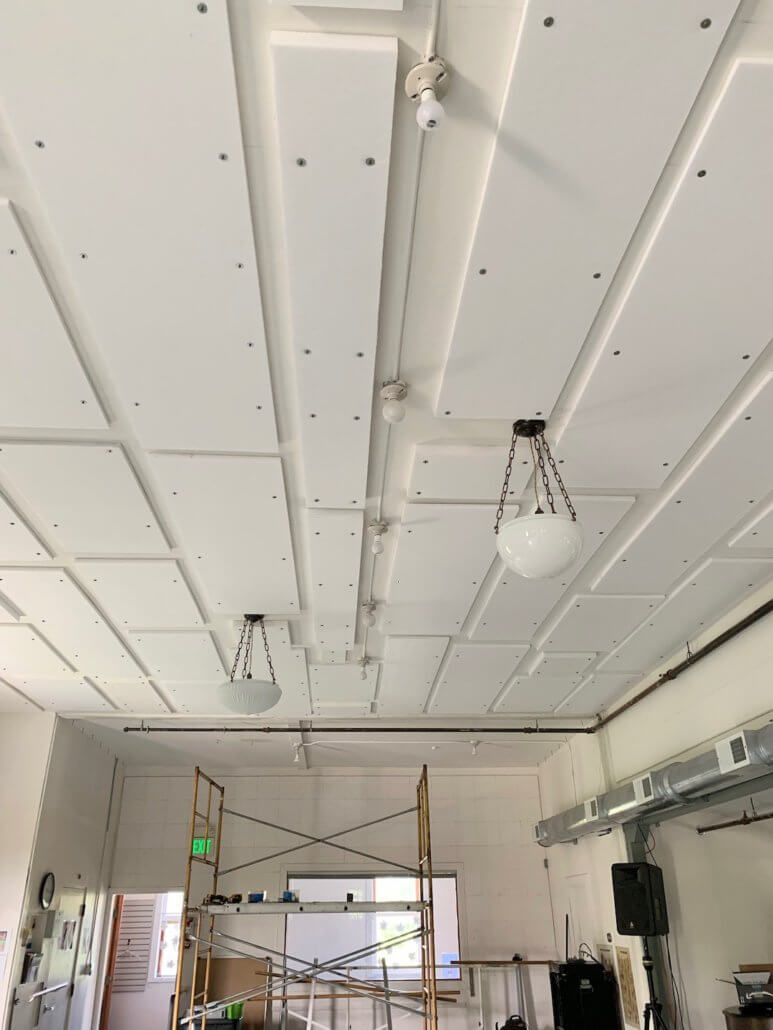 Rounding it out, we scavenged some gear from our old Blue Heron sound booth for a new sound system. Ready for summer we are.  Ready for Seattle Dance Collective we will be.

After months and months of planning, hauling chip, pulling weeds, digging in a zillion new plants, and all the other countless tasks, the 29th annual Garden Tour and Garden Gala is in the books. I’m not even going to try and thank everyone individually who made it happen, so thank you to all and to everyone who made it happen. 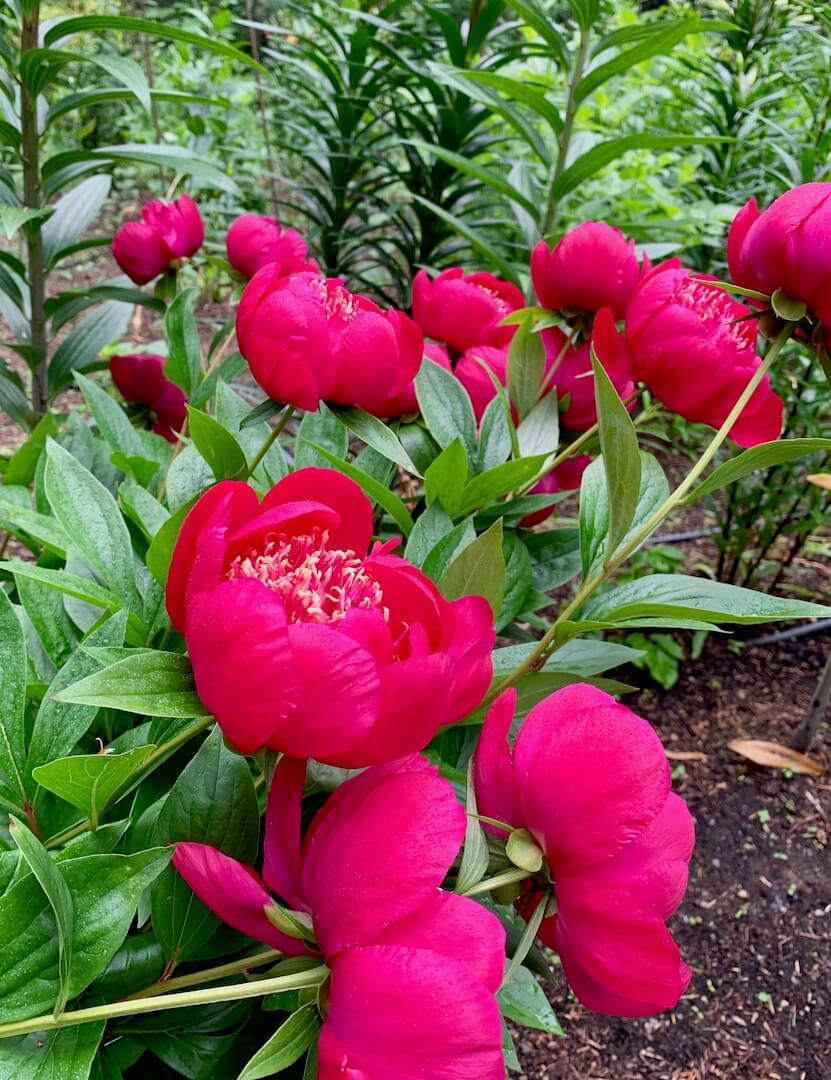 To everyone who bought a ticket . . .

We’re pretty darned excited about the 2020 gallery season (hard to believe we’re thinking about it already).

For the first time I’m aware, we are calling most of the year based on long-arc themes we’re keen on exploring across all our program areas. Broadly, the idea in 2020 is “Social and Environmental Impact” . . . art, in all its forms, as a mechanism for promoting more human connection; connection with ourselves, others and our natural world.

Here are the first sixth months

Focus: 20/20: Inspiration and Homage.  You know what they say about hindsight?  It’s 20/20, baby.  Let’s start off this significant year by acknowledging the brilliant, creative visionaries who forged historical paths before us (whether they were publicly acknowledged for it or not).   Show us what visionary masters we should have in our 20/20 perspective?  These could be replicas with a twist or a visual nod to a work or an artist whose vision changed and inspired yours.

Focus: In honor of Martin Luther King Jr., Rosa Parks, Black Lives Matter, Black Futures and Black History Month our vision is to exhibit works that explore diversity, race, ethnicity and marginalization by race.  We are looking for exhibits exploring experiences of people of color and inspiration for cultural change.

Focus: In honor of the 100-year anniversary of the 19thAmendment to the Constitution and the suffrage movement that ignited women’s right to vote VCA will exhibit shows exploring women, women’s history, women artists, women’s experience.

Focus: In honor of Earth Day VCA is calling for exhibits that focus on a connection with our natural world.

Focus: In conjunction with the 2020 VCA Garden Tour (of Vashon farms, sustainable agriculture and landscaping) the gallery will show works exploring our relationship to agriculture, our food supply, farming, Salish Sea, the social piece of food production.

For more, and more importantly, to apply, check out our call page.

Last week’s FishWrap featured the big albums of 1969.  My mention of Joe Cocker’s cover of “With a little help from my friends” launched a conversation with Chris O’Brien and Martin Feveyear about covers that are better than the originals. This is surely dangerous territory but generated a list I loved putting together.

Chris started the conversation with “All Along the Watchtower,” written by Bob Dylan and covered by Jimi Hendrix. Dylan is reported to have said, upon hearing it, that it was now a Hendrix song. To my ears, this one is a slam dunk.

Martin offered up four (he kind of loved this game).

The first is “Angel from Montgomery” by John Prine, covered by Bonny Raitt (and then by both!)

Martin’s second submission to my list is a tough one: “The First Cut is The Deepest” by the artist who at one point was known as Cat Stevens. The cover he nominated was by PP Arnold.  For good measure, I added in the one most people know (based on YouTube hits) by Cheryl Crow.

Martins’ third is one I didn’t know at all: ”Say You Don’t Mind” – Denny Lane vs Colin Blunstone.  He wimps out by saying “love them both, although the string arrangement and vocals on Colins’ version is amazing.”

Martin’s last offer was “Let’s Stay Together” by Al Green covered by Tina Turner.  I’m all in for Al Green on this one.

At the risk of wearing you out, I had two.  The first is “Crazy” by Willie Nelson, covered (brilliantly) by Patsy Cline. As much as I love Willie Nelson, this one isn’t even close.

The other I think is a dead heat, Sting vs. Sting on “Fields of Gold.”